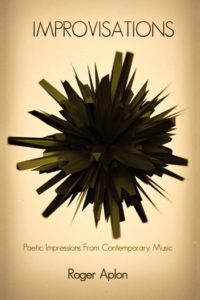 To be certain. Relax. Think about that time in Oslo. She was to meet you.
Yes. That was a time. No. She never came. What’s the use? Not now.
Follow the yellow butterfly. Take a sip from the bottle. Write your name
in the snow. Forget to forget. Mother’s milk. Some other time. Remember
Copenhagen? Saturday night. No stars. Gobbledygook. Cornpone. Or was
it porn? The message is clear. Random notations. After all. That’s right.
Summertime. Too. Don’t squander the moment. Sizzle & squeak. Speak
to the man in the moon. Rattle be damned. Centipede. Some other time.
Say it ain’t so. Remember Chicago. 1957. Charley McCarthy. The Rubicon.
Notes in the book directed you to swim to the watermelon. Must have
been a dream. Summer is sinister suspense. Never did like her. Always
made me nervous. With those scissors. Suck-it-up. On North Avenue.
Remember? She’s on your handlebars. That sweet ass. What was her
name? Maria? No. Clair Ann? No. MaryAnn. That’s it. MaryAnn. Right
you are. Take a break. Start again tomorrow . . .

After: ‘From The Waist Up’ No Stars Please
Music by The Trummerflora Collective

After scrambling for the last breath after chasing the last fix after wailing
at the wailing wall after the big man threw the first punch after the small
dark girl began to cry after all the money was gone after stumbling through
the park after vomit & blood in the eye after the car left the station after
crawling through snow after sleeping under the porch after the cat shit
on your head after birdcalls & catcalls & sirens & cops after pistols &
whips after no witnesses after a star fell after you missed my call after I
sent flowers after you missed my call after I took another drink & another
& after the bottle came the hovering in the calming sea after swimming
into the sun after all.

There’s a party. In the square. They’ve come. To calm the heat. Some
swig dark. Rum from a bottle. Others. Smoke. There’re the girls. In their
undulating dresses. Reminiscent. Porcelain. Dolls. Like marionettes.
Weaving spells. It’s hot. Nobody. Hurries. One old guy. Passes. A bottle.
Joints make the rounds. Saturday. The kid with the trumpet makes his
way. To the stand. Hits that high note & then another. The others join him
as the gnarly crowd twitches & shifts from one foot to the other. There’s
a guy in a wheelchair. He carries a pistol under his blanket. Don’t trust
no one. I guess. Can’t blame him. It’s been a nasty year. An old woman
drags her curious son to see the hotshots in their zoot suits, holds up a
sign in Spanish that translates: Too Late! Too Late!

The sky is falling. God save the sky. & all its inhabitants. In the distance. The people herd their kids – Pump gas for a quick escape.

A calliope sails over the town – All the horses . . . Jane & Alice jump rope double-dutch. Arnold with his hair-lip & body odor wrestles his dog Icarus.

& here’s where the waiter brings coffee & a sweet to brighten the day.